"You're Killing Me Smalls."

Hamilton "Ham" Porter is a chubby boy who is usually the catcher of the team. He gets his CDL license and works for United as an adult. Ham wears a New York Yankees cap.

Ham lived in the neighborhood from a long time. He and his friends bully and beat up Scotty Smalls and Scotty’s friends. He is undoubtedly a big and strong kid. He was the best in war of words among the kids who played baseball in the town, which was the Tigers vs Benny's team.

Playing For The Sandlots

In 1962, Ham was the second best player in the sandlot, just after Benny and was always trying to emulate Babe Ruth. When Phillips and his baseball team (The Tigers) appeared in the sandlot, Ham was the one that insulted him yelling that he played ball like a girl. The sandlot kids accepted the challenge to play the next day against them at the Tigers' field, whom the Sandlot Kids easily defeated.

Insults and war of words technique

Ham insulted every strange who tried to talk to him or came in his way. He showed no mercy to his rivals in his war of words.

Story of the lost kid

Ham knew a false story of a kid whom the beast had eat. That was the reason that the gang never knocked on Mr Mertle's door.

Tussle For The Ball

When the kids lost their ball in the backyard, Ham was the one who applied most techniques and efforts. In the first two attempts is caught the rod and the cooking which was ended up with the beast eating it. In the third attempt he caught the vacuum stick firmly and to his utmost strength with the rest but the beast but better of it. In the fourth attempt he lifted Yeah Yeah through a special invention. He was really shocked to see Hercules as a friendly mastiff dog.

After the sand lot Ham met a girl named Katie. He got his CDL and started working for a company named United. He is often heard quoting Ric Flair and still loves doing cannon balls into pools. He later became a professional wrestler, nicknamed "The Great Hambino".

Ham, the Great Hambino was briefly mentioned when Benny and Squints were talking about their old days in the sandlot. 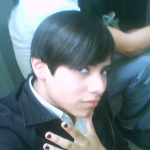 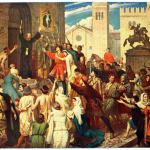